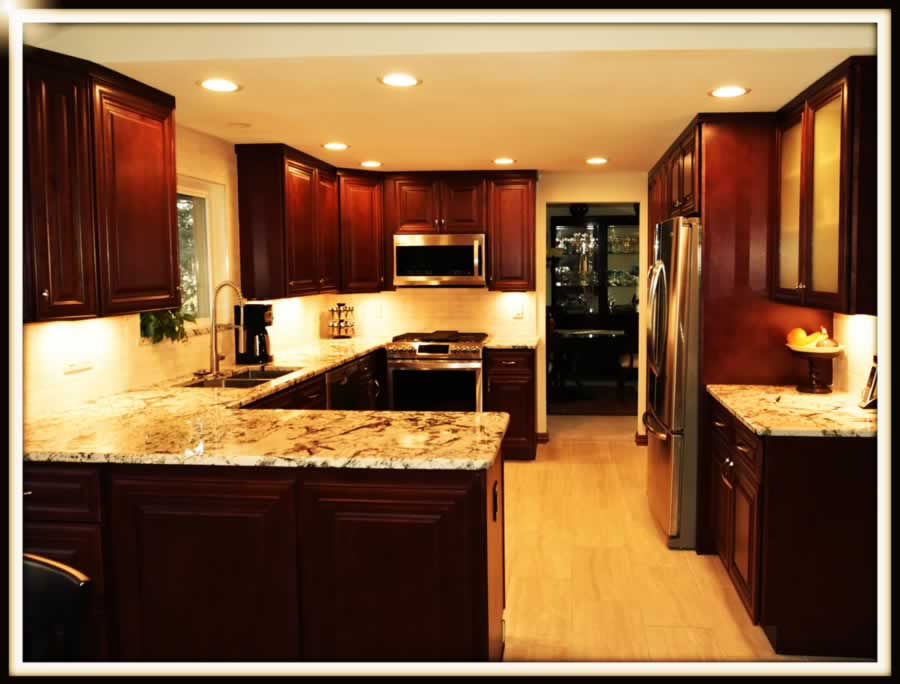 This kitchen went from just wanting countertops, and a backsplash, to an entire overhaul. And for good reasons. Mr. Homeowner that lived here is one of my favorite customers, but boy was he stubborn! So stubborn in fact, that the last time he remodeled(18 years ago), he thought that the price of cabinets were so high, that he told the salesman that he could cut down his own trees, mill the wood, buy the tools, and make and install them himself for less. The salesmen laughed and lost the sale. Mr. Homeowner did just that. The cabinets in the BEFORE pictures are his trees, cut from his yard, and he made them himself. So on this remodel, we had to tell him that as much as he liked his cabinets, they were going to be an eyesore with new tops and a backsplash. He also wanted to keep the floor that he laid himself. Not bad for a do-it-yourself'er, but the grout joints were about 1/4"-1/2" and the tile had to go. When opening this up, we found a can-o-worms and had to replace the entire electrical panel, and all the wiring in the ceiling, as well as new lights. When all said and done, we still came in on budget and Mrs. Homeowner LOVES it. And I must say, Mr. Homeowner loves it as well.